Just The Right Kind Of Soggy

I have had this hankering for Italian beef for about a week now, and only today did I act on it. Bundled up in my warmest jacket, two hoodies, two pair of gloves, a thick woolen scarf, two pairs of socks, a legwarmer and canvas shoes, I and Mr. Bex (who had wisely put on an aviator-style hat thing) braved the bitter cold on this first day of the new year and headed downtown to Portillo's for a bite. It had been ages since we went there last, sometime early last year perhaps, and I don't think I've had better Italian beef elsewhere. I hear there's a place on Taylor Street that has amazing Italian beef, but we'll get to that some other time, preferably when the weather warms up enough for me to come out of the house and actually visit said establishment to test-drive the Italian beef.

Anyhow, I digress. I was just glad to be inside again, out of the cold and howling wind. The place was crowded, but not crowded enough for me to wait in line to order a regular Italian beef with hot peppers and a small soda. Mr. Bex passed on the Italian beef and instead chose a salad! The last time we ordered the Italian beef sandwiches, we accidentally ordered a couple of HUGE ones, which were 50% bigger than the regular-sized (8 inch?) ones and had to take home doggie bags. Trust me, the regular-sized sandwich is more than enough! 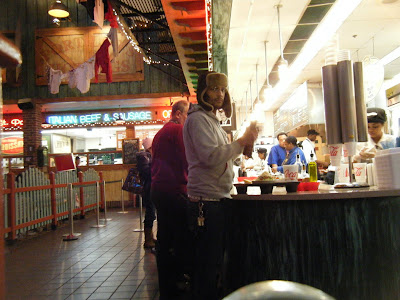 Normally I dislike soggy sandwiches, as they are hard to eat and fall apart in your hands and are messy, but my Italian beef had just the perfect level of sogginess to it, the giardiniera peppers were hot but not overwhelmingly so, and the beef itself was sliced so paper-thin that you can almost see through it...and like I said, it was piled on. Great sandwich! 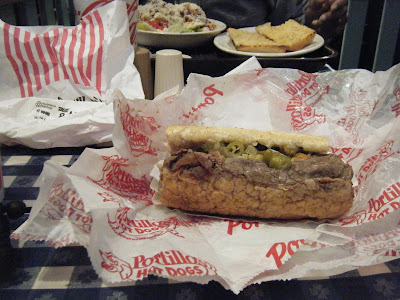 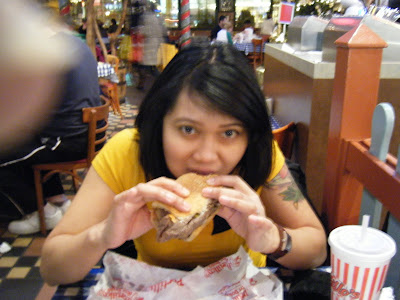 I'm afraid I made a pig of myself, haha. 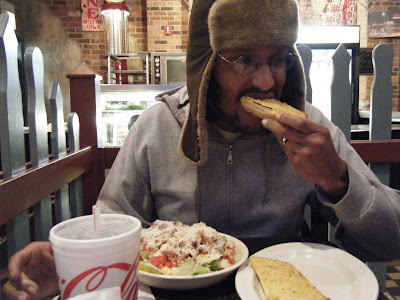 Mr. Bex is stronger than me, he got a Pecan Chicken Salad and garlic bread instead of all that red meat and hot peppers. 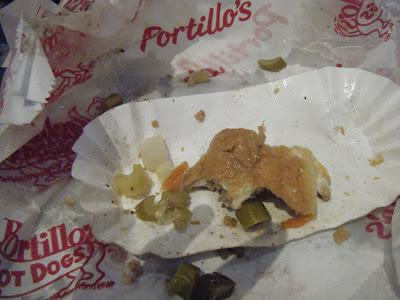 I made short work of the sandwich, and it was good. But next time I'll order it with cheese!

Your Italian beef looks delicious. I might have to stop by Portillo's soon.